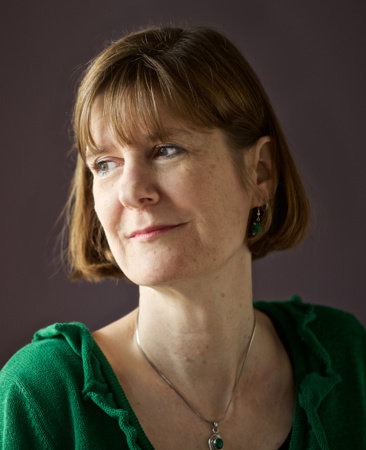 When I was having an interesting time of it in college, I was seized with the notion that I was reading an incredibly long and detailed story about a woman named Sharon Shinn, and at some point I would reach the end of the book, look up, and find myself to be a wholly different person. (A friend of mine says this is an idea that would only occur to a writer.)

Recently, as I was devouring Curtis Sittenfeld’s American Wife, I found myself so engrossed in the story that I actually came fairly close to experiencing this phenomenon. Except, of course, I had started to think I was a woman named Alice Lindgren, but when I looked up I discovered I was really still Sharon Shinn. I read the middle hundred pages while sitting in an airport in Austin. So strong was the storytelling voice that I actually believed I was sitting in an airport in Wisconsin, probably Madison. It was something of a shock to set aside the book and find myself still in Texas instead.

Years ago—also at an airport—I started reading Stephen King’s The Stand, which opens with descriptions of a terrible virus that kills most of the people on Earth. Every time someone in the book sneezes or sniffles, you know he’s done for. As I was reading, someone sitting in the gate area coughed, and I thought, “Well, he’s going to die.” And then I corrected myself; no, he probably wasn’t. He wasn’t a character in the novel.

People who don’t understand the allure of reading have never realized, with an almost illicit delight, that they have an entire Sunday afternoon free with nothing to do but read. You can get through half of a dense and multilayered book if you have five hours to spare; you can get through a whole one if it’s light and fluffy. Nothing compares to the satisfaction of consuming an entire story arc in a single sitting, living a complete lifetime in a day. Living someone else’s life. You look up from the last page and you’re still you, though if you’re lucky you’ve been mystified, enlightened, terrified, redeemed, wooed, vindicated, and transported.

While the life of a published writer has afforded me many joys, it’s carried a dark curse as well: It has drastically reduced the number of hours I have to read for sheer pleasure. Now I have to sneak in a half hour of reading over lunch, twenty minutes before bedtime. I have to scheme; I sometimes lie. I once left a friend’s book signing, claiming I had to meet someone for dinner, when in fact I wanted to get home and finish Juliet Marillier’s Daughter of the Forest. And I stayed up very late to do so.

Of those joys I’ve accrued by being a writer, the most heart-stopping have come in the form of letters from readers. It still amazes me to hear from people who have been so moved by one of my stories that they want to thank me for having written it. I have a dozen or so letters that I keep handy to reread whenever I need a lift, but the one from a woman named Orla probably touched me the most. She was recovering from a long and draining illness when she came upon a passage in which a sorceress heals a lover’s wounds. She wrote, “I know it sounds ridiculous, but while reading Dark Moon Defender, I could feel myself getting better. It was great to read about someone who was exhausted and injured and who got better by magic.”

I don’t think it’s possible for a writer to have any greater reward than that.

I know that there are magnificent books out there that flay the soul, that galvanize people into action, that change their perceptions of the world. I don’t write those kinds of books. I want to write stories that other people can disappear into. I’ve always thought William Butler Yeats was right when he said the true job of the poet was to “Please/A young girl in the indolence of her youth/Or an old man upon a winter’s night.” I think it’s the right job for a novelist, as well. Or at least for this one.