Today we present an interview with novelist Paul Kearney the author of series like Monarchies of God and Sea Beggars among other books. His most recent work is soon to be published by Solaris and entitled The Ten Thousand. 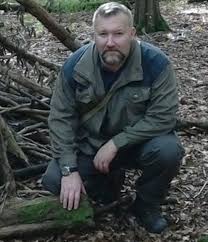 Damon: I heard that Solaris is going to be releasing an omnibus of The Monarchies of God with 40,000 extra words in Ships from the West.  Tell us a little bit about that, and those extra words.

Paul Kearney: Well, I don’t want to let too many cats out of the bag, but suffice to say that most of the extra scenes will be towards the end of the book, filling out the situation around the last battle at Charibon. But there will also be extra scenes with both Abeleyn and Avila, as they were dispatched with perhaps too much anonymity. At the time, I just wanted to be brutally realistic, but looking back now I think it was a mistake. Himerius, also, has to get his deserts. For me, it’ll be a huge kick just to see those five books in one volume; it’ll make the Lord of the Rings look short, and finally get me one of those fat fantasy spines up on the bookshelf.

Damon: I did an interview with the staff of Solaris and they are some really funny people.  Have they pulled any jokes on you yet?  How do you feel about the environment that they have created for publishing?  Your thoughts on Solaris moving forward by signing a lot of established writers?

Paul Kearney: No jokes yet – now you’ve made me a mite apprehensive, waiting for the inevitable leg-pulling.

I think Solaris are really up-and coming. They’ve signed some great names lately, and are really going for broke. There’s a freshness about them and their entire approach – the way they look at covers, for instance. They’re people who seem to be very good at getting logs rolling, and that can only be a good thing in publishing.

Damon: I saw the cover for The Ten Thousand it looks great, do covers sell books?  Tell us about your input on this cover?  A favorite question of mine, why do the UK covers usually look much better then US covers normally?

Paul Kearney: Yes, it’s an excellent cover, perhaps the best I’ve ever had. And yes, of course they sell books. Something has to attract the eye when you walk into the shop; if the cover can do that, can make someone pause, then it’s done its job. Phase two is the blurb on the back, and phase three is the first paragraph of Chapter One (sometimes the map, too, if there is one.) If you can check all those boxes, you’re more than halfway to a sale. But it’s the cover that starts the thing off.

I had a lot of input on the cover, right down to the design of the black armour the main figure is wearing. Initially, I wanted the man to be wearing a helm, but now I’m sure it’s better to see his face. It’s a tricky business, balancing personal taste and the expectations of the market, but I think Solaris did a superb job.

Damon: You lived in a lot of places, but one of those was NJ, my home, what do you think of this fine state?

Paul Kearney: I lived in NJ for two years, first in Mahwah, then in Haledon, near Paterson. I absolutely loved it, and to be perfectly honest, I would have been happy to stay there permanently, but my wife’s job set us on the move again. I drove an old black Thunderbird, and would head up to Harriman State Park once a week to spend the day walking. Manhattan was only forty minutes away by bus, so we’d head in there pretty often. I also became a Civil War re-enactor, so in the summers I’d be sweating in a wool uniform at weekends and getting gunpowder in my mouth. We drove up and down the east coast for re-enactments and for the hell of it, down to Virginia, and up to Vermont. It was a terrific time.

Damon: Give us a quick overview of your college experience and how it affected your writing?  Any good college stories?

Paul Kearney: I studied Old Icelandic, Anglo-Saxon and Middle English at college; Beowulf, the Norse Sagas, and the Anglo-Saxon Chronicle, as well as modules on archaeology and Philology. They were an excellent grounding for the job of being a fantasy author, and made me think seriously about the nuts and bolts of language, the actual feel of words in the mind. Plus, Oxford was (and is) the best University in the world, and the tutors there were nothing if not inspiring. I also joined the Officer training Corps at college, so every weekend and for most of the summers I’d be in uniform, jumping out of helicopters and marching endlessly across empty countryside in all weathers; also a good experience for a fantasy author, I might add. I did a fair bit of hillwalking too, mostly in North Wales and on the Isle of Skye, where I had the idea for my first book after falling off a mountain one winter afternoon. I managed to fall three stories off the roof of my college house, too, on the night of my 21st birthday. It was a fancy-dress birthday party, so when the ambulance arrived they found a drunk and bruised Viking lying with a pained grin on his face, surrounded by what can only have looked like a party of D&D adventurers. I took a long time to live that one down.

Paul Kearney: I think they’re a great medium, but I’m happier when the story they’re telling is their own. I’m not sure fantasy novels – or any novels – are set up for the graphic treatment, and the stories graphic writers and artists tell are so good in their own right that I don’t think they really need to go adapting extant novels. But then, I may just be a stick in the mud. I would obviously get a kick if someone wanted to do a graphic novel of one of my books, as would anyone! It’s the same argument that goes for books and films. It can work, but it often doesn’t.

Damon: Can you tell us anything about where the Sea Beggars are going to end up?  What was the situation with the break with Bantam, will these novels be published?

Paul Kearney: Solaris want to bring out the entire Sea Beggars sequence, including the unfinished third volume, in a single omnibus, much like they’re doing with the Monarchies. The only thing holding it up is the fact that Bantam still own the rights to the second book, and they won’t lapse for another eighteen months or so. So the series will be finished, and in about two or two and a half years (he touches wood here) should hit the shelves as a big fat omnibus…  The series was dropped because of poor sales, but having said that, after it was dropped a second edition was printed because the first had sold out… Go figure. It was not my editors’ fault, either in the UK or US. They fought my corner as hard as they could – but the bean-counters had the final say. I guess they’d rather spend the money on another ghost-written celebrity ‘autobiography.’ But I’m not bitter… (Grinds his teeth, a mad light in his eye)

Damon: Why should people read The Ten Thousand?  Has epic fantasy stagnated?  Who is your favorite new author?  How do you feel about this statement “fantasy video games have brought about a revival of epic fantasy”.  World of Warcraft obviously brings a lot of people to the table.  Do you do any video gaming?

Paul Kearney: Why read The Ten Thousand?  Because it’s one of the best things I’ve ever written. At its heart, it’s about racism and imperialism, and the comradeship of fighting men. Personally, I think it’s the most richly textured world I’ve ever created – but the reader will of course have to make up his or her own mind.

I don’t think epic fantasy has stagnated – far from it. It may have been close to sinking into a quicksand of cliché a few years back, but times have changed radically. Writers like Joe Abercrombie and Steve Erikson have given it a good hard kick up the ass, which was exactly what it needed. Now if only the prejudice against fantasy books with slighter thinner spines could be overcome, then we’d really be going places. The spectre of Tolkien still looms too large.

I do play video games, but they tend to be on the strategic side of things. I love Hearts of Iron, the World War Two simulation, and also the Total War series. When I feel like blowing the hell out of something I’ll play Fear, or Call of Duty.

Damon: Any last words for our readers?

Paul Kearney: Keep reading. If you read, you’re working out your brain, and in this current day and age, too many people’s grey matter is nothing but mush. When reading becomes a minority interest, it’s a bad day for humanity.

Oh, and never get involved in a land war in asia.

One of the partners/admins here at the site. We do what we want. View more posts