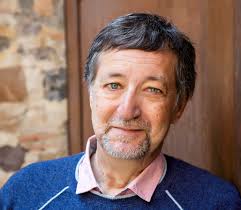 This week our featured author  is critically acclaimed, award-winning writer Guy Gavriel Kay, author of the soon-to-be released novel Ysabel, and many other historical fantasies including The Last Light of the Sun and Tigana.

A big thanks and welcome to Mr. Kay!

Justin: For those readers waiting for the official release of Ysabel, what can you tell them about it?

Guy Gavriel Kay: This is an entirely fair question, it comes up as soon as I go on tour for a book, so I suppose I should start sorting out my soundbite on YSABEL. Problem is, I’ve always hated scaling a novel down to a phrase or two. My own problem, I guess. YSABEL is a departure in some ways, but not in others.

It is contemporary in setting, based in the south of France – which is obviously different from the last few novels. On the other hand, it draws heavily on fantasy, myth and history to examine the ways in which (I believe) the past never quite goes away – and continues to shape the present. I use ‘the past’ carefully in the novel, to point out that it can be both 2500 years for a culture, or 25 years for a divided family.

Justin: In Ysabel, as with your previous book The Last Light of the Sun, the story draws from Celtic history and mythology. Do you plan to explore this more in your future work?

Guy Gavriel Kay: When I finish a book I never know what will come next – and that’s true now, as well. I’m interested (obviously?) in history, in myth, in who writes the stories of the past, but this doesn’t steer me towards any particular time or place. We were living in France while I wrote YSABEL and that did, certainly, shape the nature of the story.

Justin: Ysabel is something of a departure from your previous work, as it takes place in our present-day world. What sparked this change?

Guy Gavriel Kay: Partly, I dislike repeating myself, in general. I do know that in art (and perhaps especially in fantasy!) cloning yourself, or cloning someone else, can be a sound career move…but it is also creatively destructive, especially if you’re ambitious and want to treat your readers with respect.

More specifically, I became interested in using geography, ‘place’ as a flipside, another way of using history or ‘time’. I wanted to set a story in the modern paradise of Provence, that much-loved part of our world, and show how paradise tends to be fought for – and to carry the scars of that, down to the present day. In this sense YSABEL becomes another way for me – and readers – to look at certain ideas.

Justin: You’re conducting an experiment through your website with your Ysabel journal, using it as a place for you and your fans to interact. Do you have any goals with this project? Is it working out in the manner you hoped?

Guy Gavriel Kay: I adopt a sometimes cranky persona online, mostly for fun, resisting the idea of ‘blogging’ as such. Partly this is self-protection … the time to write gets circumscribed as other demands (book-related or family-related) kick in, and the idea of steadily blogging feels ‘wrong’ to me. I’m also reluctant to fully engage with the shift from ‘the book’ to ‘the author’ that’s going on so much today.

Having said that, the internet fascinates me, the increasing role it plays in the book world, and I feel a real sense of responsibility and appreciation with respect to my readers…so, at my publishers’ request, I evolved the idea of a ‘tour journal’ years ago for LAST LIGHT OF THE SUN …keeping a journal only during the promotional tour.

This time around the idea is to use the YSABEL Journal to give book readers a bit of a window into process. How a manuscript moves to being a book you can buy. Production, marketing, cover design, jacket copy, the role of the sales reps … all of these are things that even passionate book lovers know surprisingly little about.

And in this respect I think the feedback for the journal (at brightweavings.com) has been really wonderful. I have a sense I’m doing something people find both fun and informative – though there may be a few too many meals and drinking sessions abroad for some! I’ve even set challenges to the surfers (write jacket copy for a book, pull a blurb quote from a long review) that force them to think about how hard that can be.

Justin: Are the landmarks featured in Ysabel (the cathedral, the ruined tower, the statue of the woman, etc.) extant in Provence, or were they invented for the book?

Guy Gavriel Kay: Everything is there, and real. Though – obviously, I imagine – the events depicted, and particular interpretations are not! Some of my photos from Provence are actually up at Penguin Canada’s website for the book at www.ysabel.ca

Justin: How well-traveled are you? Your books are always rich in detail about the various locales they’re based on. Have you visited these areas before, or do you use your research to take you there?

Guy Gavriel Kay: Once upon a time I did most of my writing overseas, but kids in school will serve to ground you pretty effectively! We did achieve another year in France for YSABEL, with the boys in school there. Travel is a passion for me, and one of the true benefits of being published around the world is the chance to visit various countries at the request of my publishers … the sort of insight you can gain on a trip like that can’t help but deepen you as a person, and a writer.

Justin: One of the things I’ve always enjoyed the most about your books is the thoughtful insight into human nature, as well as the gift you have for characterization and dialogue. Where do you draw your inspiration from?

Guy Gavriel Kay: There’s no easy answer to that. I have always said a good novel will involve interesting things happening to interesting people. Many genre books have only the former, many contemporary novels have only the latter. I try, as best I can, to offer both. I also try, very hard, to pay attention to secondary characters, give them space, ambit, some depth.

Justin: I’ve heard the occasional bit of news over the last couple of years about a Lions of Al-Rassan movie. Can you confirm or deny, and do you have any involvement with the project, aside from the original book?

Guy Gavriel Kay: There are two projects currently in development. LIONS is being done by Warner Brothers, produced by Cathy Schulman (“Crash”) and Lorenzo di Bonaventura and by Bedford Falls, which is Edward Zwick’s production team…Zwick is attached as the director for that one. They are currently at second draft stage with the script.

The second, more recent project is for LAST LIGHT OF THE SUN with Chartoff/Ravinett Productions developing it, and I’m adapting that one myself, working on the script this winter. Robert Chartoff is best known for Raging Bull and the Rocky films.

There are also a couple of other projects in discussion with Hollywood by my agents now, but nothing tangible enough to be reported yet.

Justin: Once again, a big thanks to Mr. Kay for taking the time to talk with us! Ysabel will be released in February 2007.